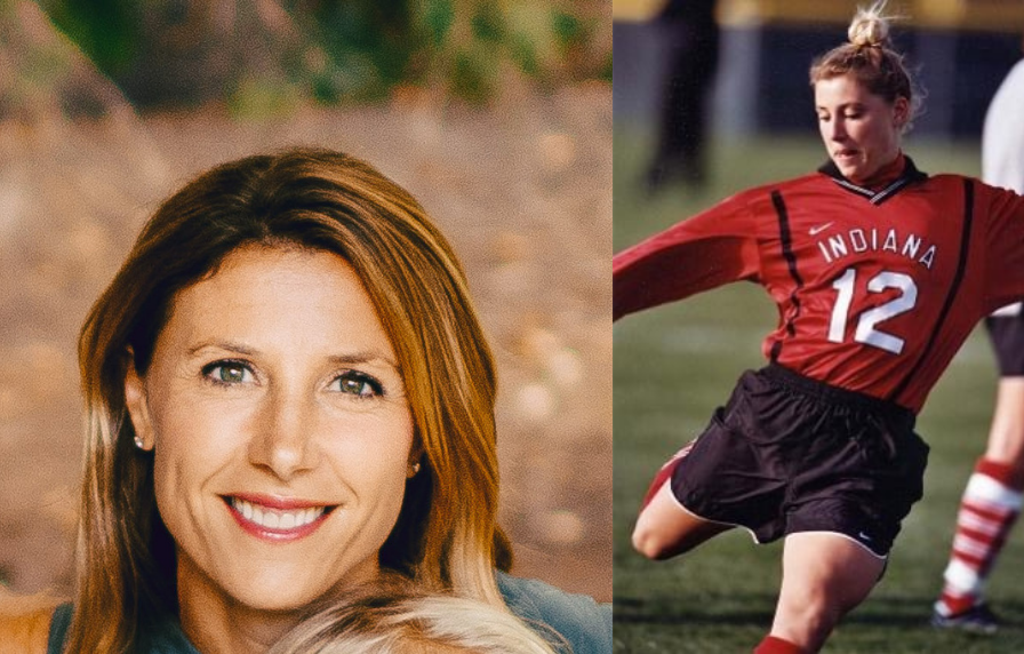 Career & Family:
I am a staff scientist at the University of Michigan, Michigan Medicine. I completed a PhD at Indiana University, specializing in human performance and physiology, and a postdoctoral fellowship at Duke University, within the Duke Cardio-Oncology Research Program in 2012. I have published more than 45 manuscripts in top tier journals and continue my research examining the genetic basis of cardiovascular disease (2021).

During this timeframe, I have also had the privilege to be a mother to 4 beautiful and talented children (Reid, Riley, Addison, and Drew). Currently, our family resides in Bloomington, Indiana, and my husband works as a  cardiologist/electrophysiologist for IU Health.

Soccer:
While the trajectory of my academic career has been rewarding, I must admit that my first love began as a young girl playing soccer alongside my brother. I tried out for the local girls travel team, Fort Wayne Challengers, when I was 11 years old. Swiftly after, I was selected to the all-boys team, Fort Wayne Citadel, where we won a State Championship, and I was a starting defender. Simultaneously, I started playing soccer with the Carmel Sting and was selected to the Olympic Development Program (ODP), Indiana State Team, at 13 years of age.

I knew early on that I had a gift and that I wanted to play college soccer at the highest level. I proudly played on the ODP, Regional Team (and pool), even playing up an age group throughout my adolescence. I played collegiate soccer at the University of Connecticut (UCONN), winning Big East Championships, and competing in two NCAA elite eight matches. I transferred to Indiana University (IU) as a sophomore, where I finished my collegiate soccer career.

Coaching:
My coaching career began after playing collegiate soccer. I coached the Bloomington High School South girls soccer team for 5 seasons, winning 5 sectional, 3 regional and 2 semi-state championships with 1 trip to the State Championship. Simultaneously, I coached the ’95 Cutters girls soccer team, a position I held from 2003-2008. After the 2008 season, I was a youth soccer coach of the year nominee (2009). Currently, I coach the Junior Cutters girls soccer team, and I serve as an assistant to the Director, Tommy Berry, for the girls program. I have a few coaching licenses to my name (National Soccer Coaches Association of America (NSCAA) National License; United States Soccer Federation (USSF) “D” and “E” Licenses). I also coach youth soccer to the 4-to-6-year old’s at Bloomington United Gymnastics and Soccer (BUGs) (2017-2021).

It was important for me to talk about myself as mother, soccer coach, and scientist. Soccer made me tough, forced me to make sacrifices and accept defeat, but to never settle. I have the best job - I get to share my love and joy for game with all these talented players.

Thank you, Cutters Soccer Club, for this opportunity!